The opening round of the FIM Supersport World Championship was more than positive for the MPM WILSport Racedays team who leave the iconic 4.5km Phillip Island Circuit in Australia with a lot to smile about. 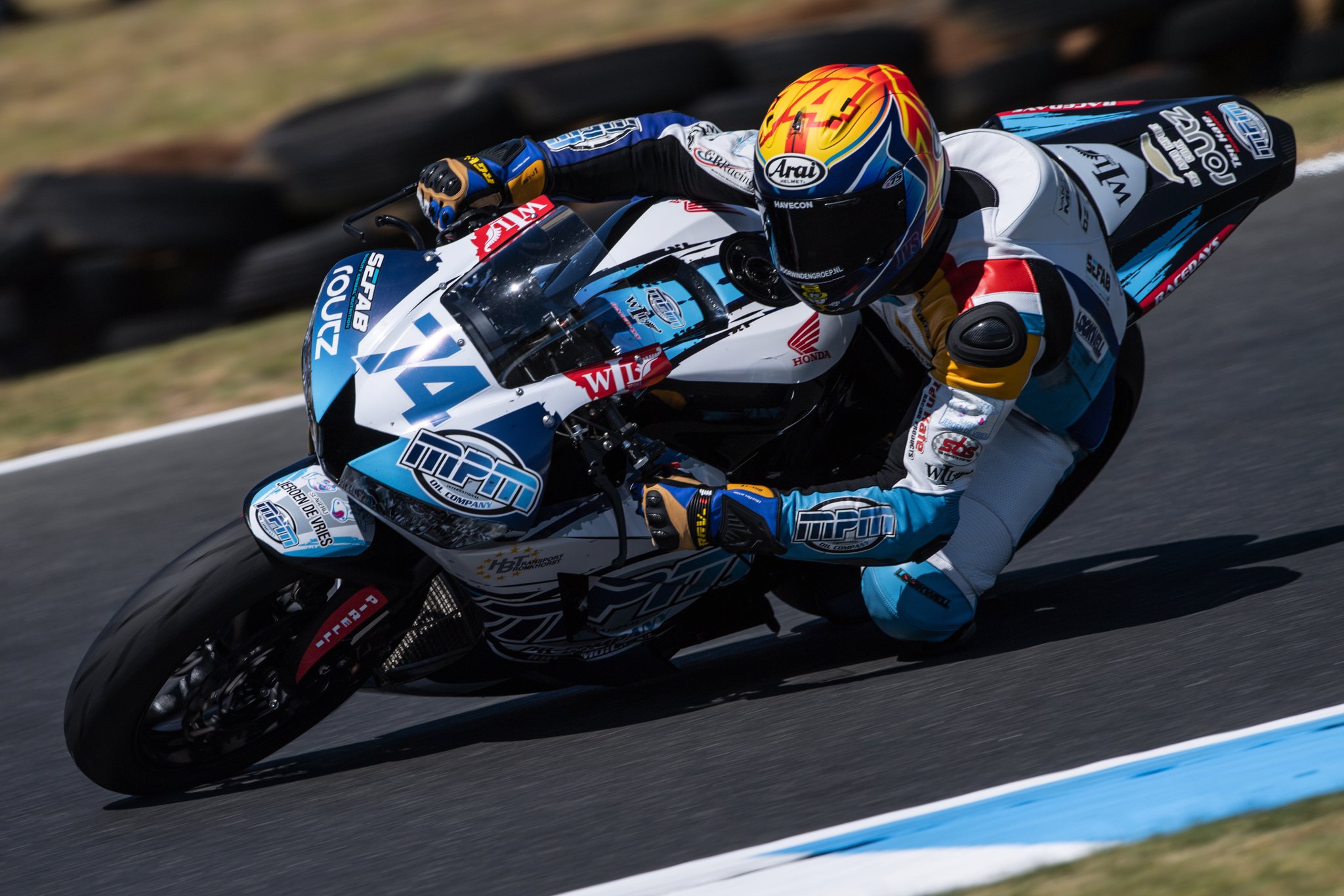 For the first time in WorldSSP history the opening race of the season required a mandatory pit stop for all riders, something the squad took in their stride.

A typical fast starting Hannes Soomer was soon in the fight for 6th before he slid out of contention, but not before he showed his pace and potential for the season ahead. 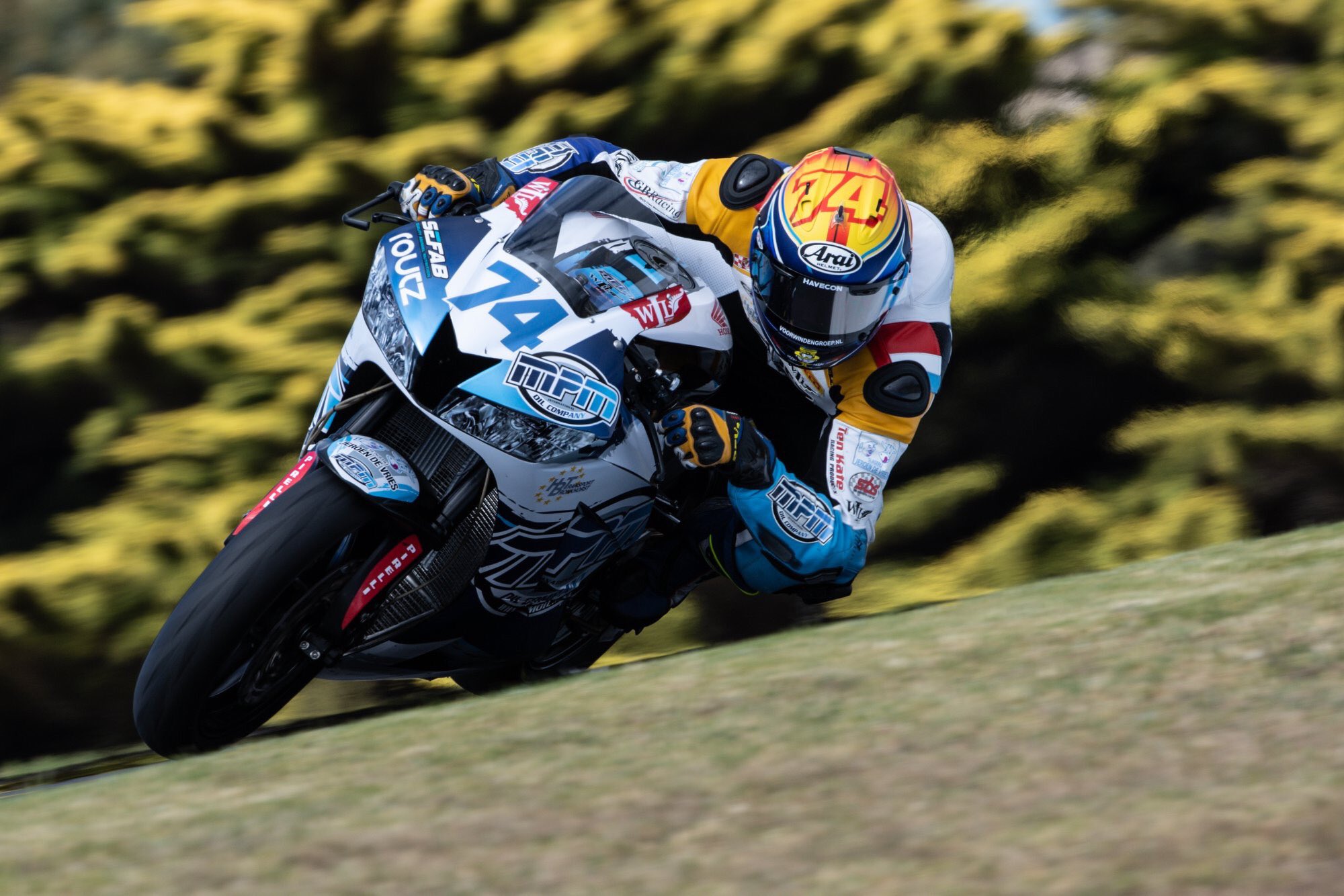 Dutch rider Jaimie van Sikkelerus got his season off to a great start after recovering from a poor start to 13th at the flag, ensuring three valuable World Championship points.

The flag to flag concept also enabled Jaimie to springboard up the leader board after a perfectly executed strategy by the MPM WILSport Racedays squad.

The team now look forward to the second round of the championship which takes place at the Chang International Circuit in Buriram, Thailand in 3 weeks’ time.

On one hand of course I am happy but on the other hand not super happy about the race result because I know it could have been much better. At the start, my clutch release was not perfect, and I had to make a comeback from last position. The tyre change pit-stop was quite positive, and I was able to maintain the thirteenth position. During the race I hit the neutral gear a couple times due to the issues with my left leg after my crash earlier in the weekend. I want to thank the Clinica Mobile for their help. I want to thank the team, they did a great job helping me setting up the bike and giving me energy. Now I am focused to go home and have physiotherapy to improve my health status for Thailand, where I am looking forward to having an even better race. 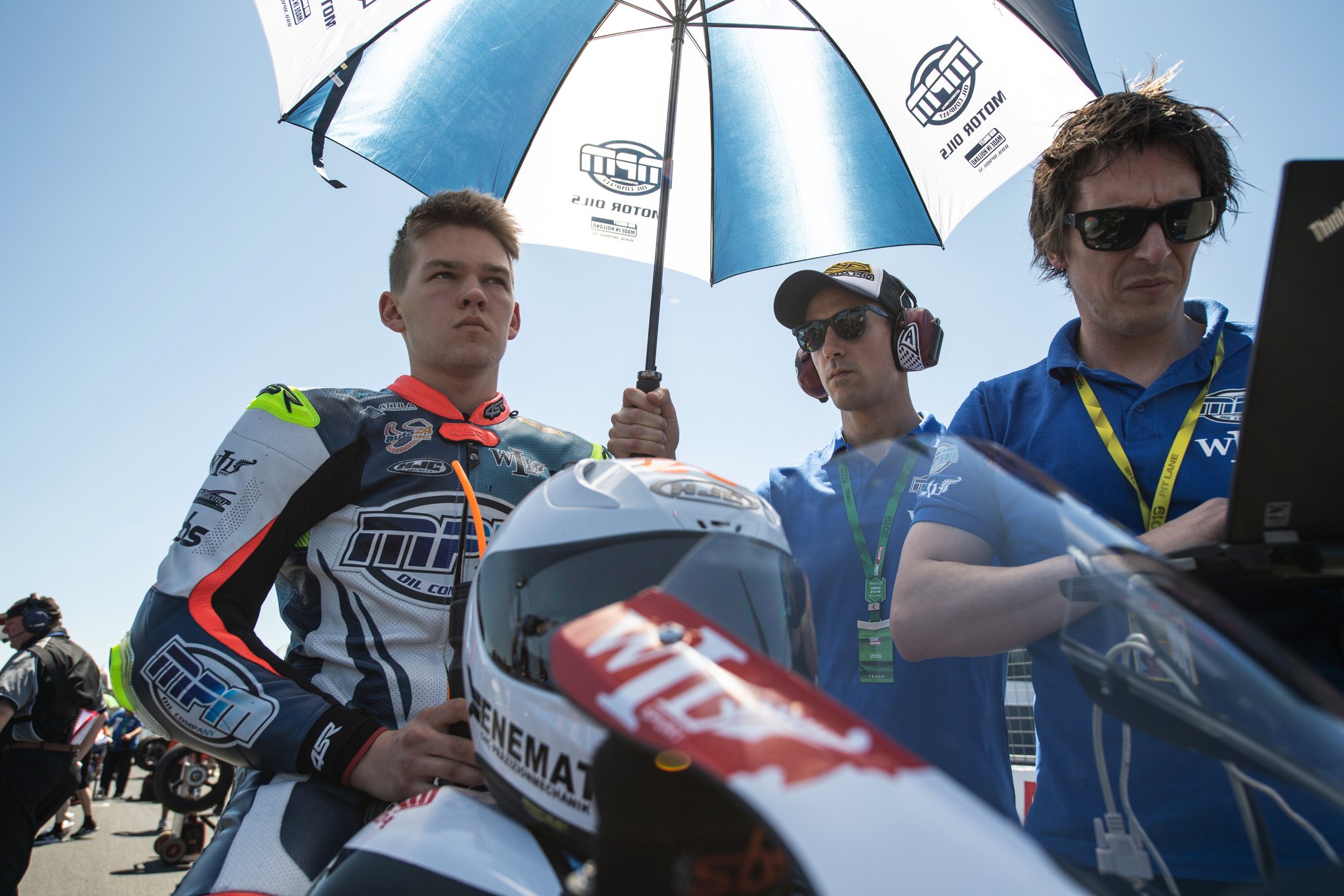 The race today was a shame because we made a very good weekend and had a very good bike for the race. I made a mistake in turn six and crashed. I want to say sorry to the team for that. We made a really good job all weekend to be ready for Sunday and had a very good opportunity for a good result. I am looking forward to Thailand to continue there the same way. 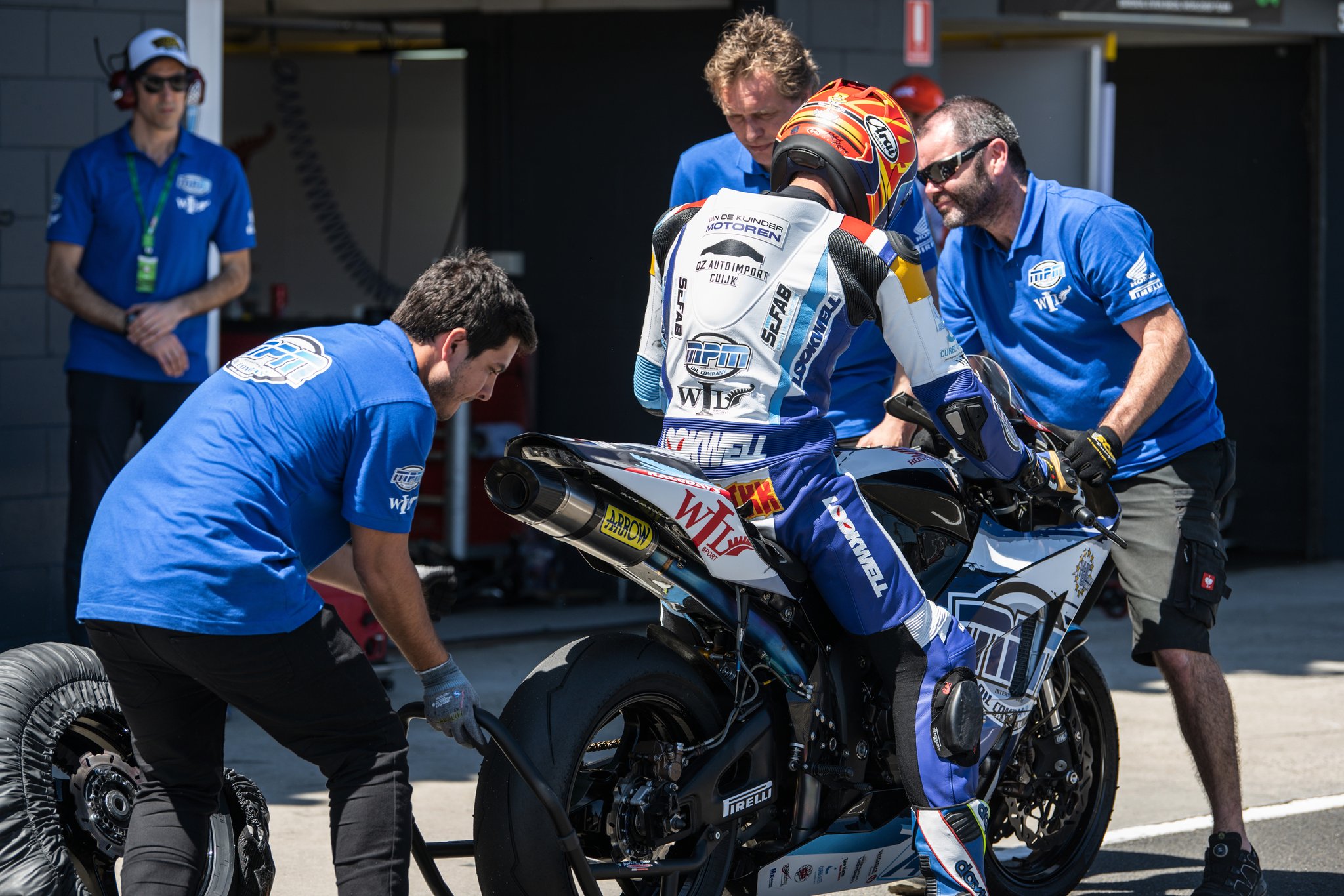 It has been an extremely intense Australian mission. For the first time, the team has two riders in the World Championship and the staff is almost entirely new to each other. The whole crew worked a huge number of hours in preparation for the race and considering that we haven't had the opportunity to test before this trip, the performances during the weekend suggest we are on the right path. Jaimie has collected the first 3 points of the season and we know that his potential is promising. It is unfortunate Hannes did not complete the race while running well inside the top ten. Hopefully this work will pay off at the next round.